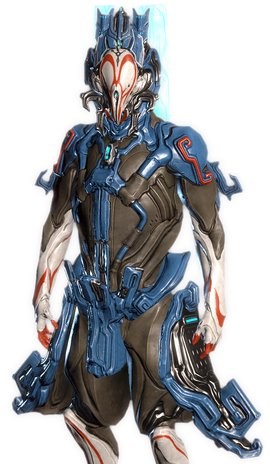 The unruly Wukong wreaks havoc in the System with his immortal trickery and savage beatings, tipping the balance in his favor and his opponents off their feet.

Wukong’s blueprint and components can be researched through the Tenno Lab of the Clan Dojo. Both research and crafting require numerous Nitain Extracts, obtained exclusively from Alerts.

Equipped with a diverse selection of arrows, deft hands, shroud of stealth and a godly bow, the crafty Ivara infiltrates hostile territory with deception and diversion, and eliminates threats with a shot from beyond. Ivara emerged in Update 18.

Ivara’s component and Warframe blueprints drop as random rewards from Spy missions based on mission level.

With fists of cold stone and the physique of a titan, Atlas bends rock to divide, petrify and bulldoze all those in his way, and manifests earthly entities to rampage his stomping grounds. Atlas was unearthed in Update 17.5.

The blueprint is awarded after completing The Jordas Precept Quest, that unlocks the Jordas Golem Archwing Assassination mission which will drop the remaining parts.

Split between day and night, Equinox manifests aggressive and defensive forms at will.

A duality of contrasting forces in a single entity, Equinox unleashes wrath like the onset of daybreak, or draws life to a close like dusk’s approach. Shifting between two forms allows it to bolster Tenno strength in light or provide recuperative respite in darkness. Equinox manifested in Update 17.

Component and aspect blueprints are acquired by defeating Tyl Regor at Titania, Uranus. Equinox requires a unique method to craft: Tenno must forge both the Equinox Night Aspect and Equinox Day Aspect in the Foundry – each of which requires its respective Helmet, Chassis, and Systems – before the Warframe itself can be built.

See Category:Equinox Guides to read user-made guides on how to play this Warframe.

The damage of blade storm and Shuriken is incredible and emphasized in this build. Sprint speed will really come in handy especially with parkour 2.0 around the corner. This is a fast ninja who can take a couple hits, use it as energy for a quick smoke screen which he uses to jump out of the way, and go nuts with blade storm. Rage can be replaced with Stretch, but this was just a personal choice that I’ve used in upper T4 Survivals. Use him wisely.

Volt has the power to wield and bend electricity. He is highly versatile, armed with powerful abilities that can damage enemies, provide cover and complement the ranged and melee combat abilities of his cell. His prime version features increased energy capacity as well as additional polarities.

Ember is a fire-based Warframe that relies on almost purely offensive skills. Ember’s fire abilities make her very effective against the Infested.

My Tweets
Teror of Death Homepage
Blog at WordPress.com.